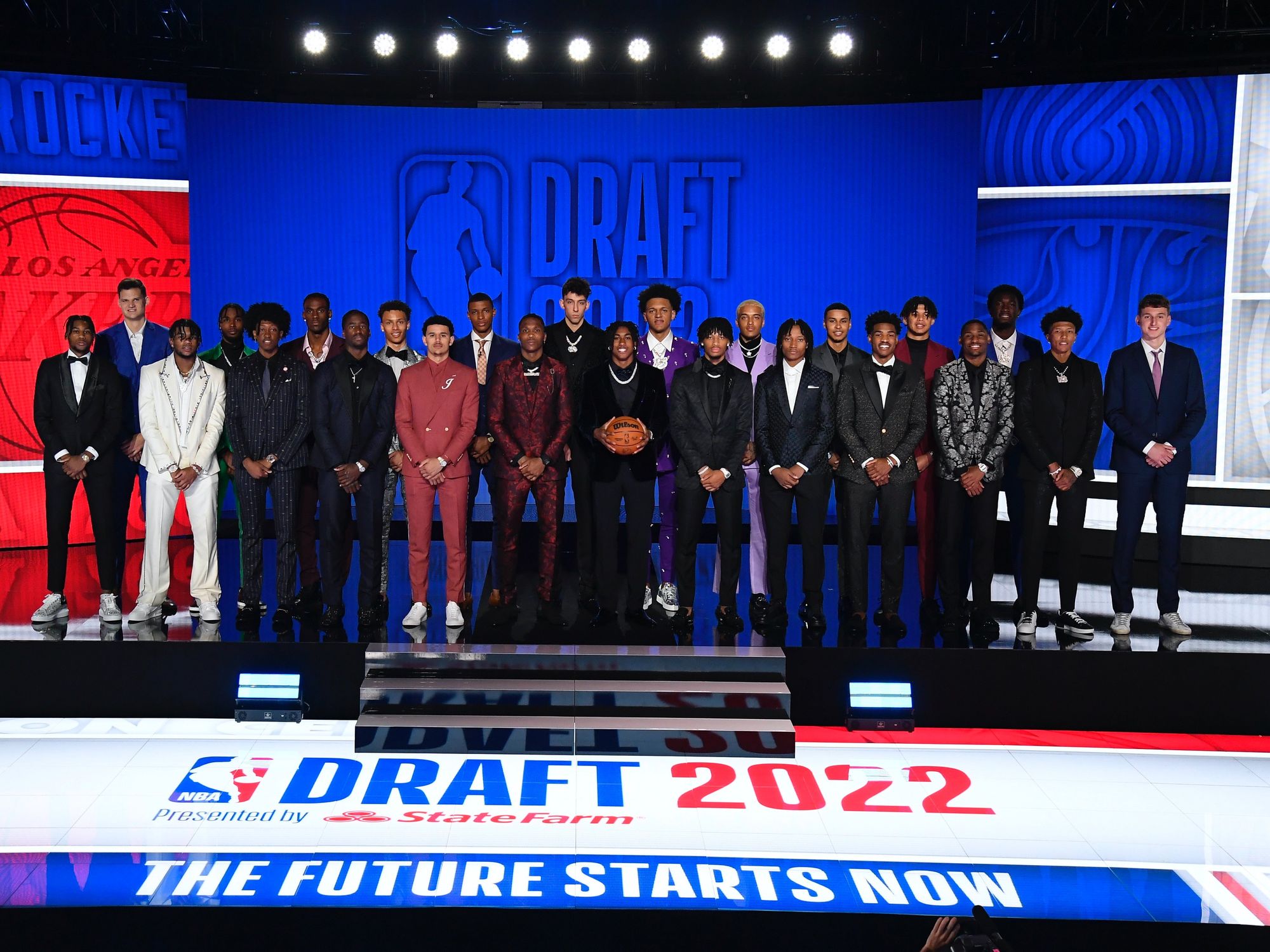 The 2022 NBA Draft changed a ton of lifes and marked the beginning of the 2022-23 NBA season. In an extremely eventful night filled with trades that came to forwishen and tons of rumors that ultimately fell flat, this article is your guide to the 2022 NBA Draft.

The Sacramento Kings who have not made the playoffs since LeBron James was 21 years old in his third season once again selected in the lottery... In an extremely controversial #4 pick, they selected Iowa's Keegan Murray. Listed at 6'8" its safe to assume he will combo forward alongside Harrison Barnes with Sabonis getting the majority minutes at center. De'Aaron Fox and Davion Mitchell will be the starting guard duo and depending on Davion's leap from year one to two could be pretty good.

Before we get to the good in Murray's game, one spot of concern can be him finding his position in the NBA. Derrick Williams was the #2nd overall pick to the  Timberwolves in 2011, he ultimately struggled to find a position and was out of the league after five seasons. Keegan is extremely agile and moves well laterally which allows him to play defense all over the floor. He can handle the physicality to guard a forward with the ability to switch onto the perimeter occasionally. His soft touch around the rim and ability to finish with contact is a big reason why he averaged 24 points per game in college. Ultimately he is not a flashy or fancy player and playing in Sacramento he will likely not get much hobby love.

Ivey seems to be the consensus favorite in the sports card world, which makes sense as he is a guard. Playing alongside Cade Cunningham who averaged 17, 5, & 5 as a 20 year old, the hype will be real in Detroit next season. With Ivey, Cade, Duran, and Bey the Pistons will be a fast paced, young, and exciting team. The Pistons still need to add a few solid pieces around those guys as well as develop their young core.

If you are not a college fan, I highly recommending watching his college highlights as he is pure entertainment. At times you have to remind yourself you are watching Jaden Ivey and not Ja Morant. Ivey's combination of speed, control, ball handling, and finishing is simply put just ELITE. While Ivey in college could turn on the burners leading a fast break turning everyone in the dust, what makes him so special is he knows how and when to slow down. So many guards who are fast come into the league but simply cannot control the tempo of the game. With a 6'7" standing at 6'4" it makes him almost like 2k myplayer who can do everything you want your video game character to do.

The Pacers are in what one would almost call a purgatory position as they are not bad enough to get the #1 pick but not good enough to make the playoffs either. They've got a mixture of both young inexperienced players and solid veterans. With veterans players like TJ Warren, Myles Turner, Malcolm Brogdon, and Buddy Hield but also have Chris Duarte and Tyrese Haliburton. Indiana seems to be trying to move Myles, Brogdon, and Warren this off season which begs the question of is Indiana just going all out to tank for 2023?

As far as play goes he is an elite slasher with the ability to jump with the best of them. He will thrive with a guard like Tyrese who can set him up but he does tend to struggle creating offense off the dribble. Thankfully the Pacers can change that through the development which has done wonders for Sabonis, Oladipo, Myles, Paul George,  Granger, Hibbert, and many more.