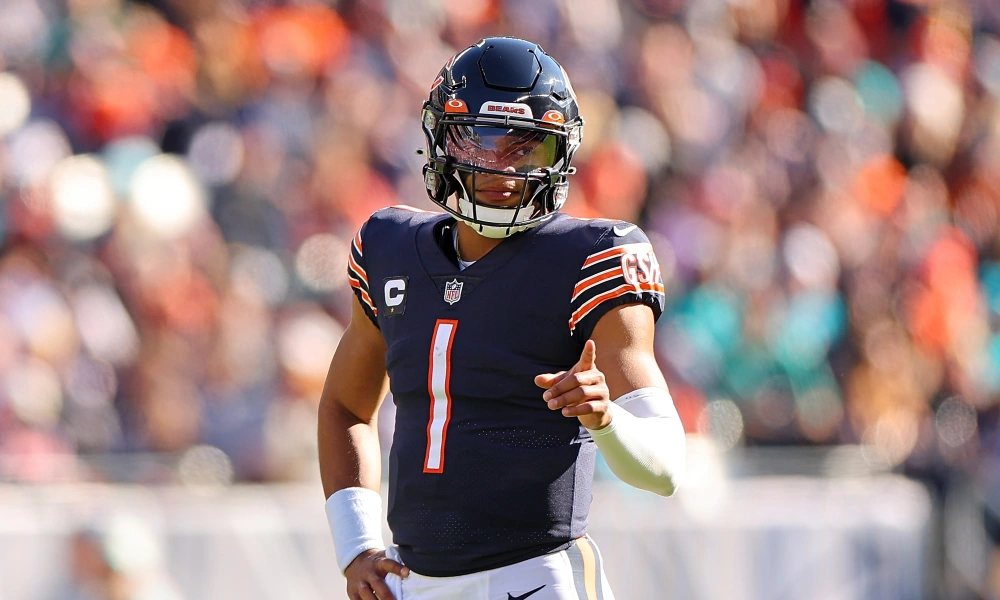 This title is the opposite of how the first four to six weeks of the season went for Justin Fields where Bears fans were not sure if he would have 10+ completions. The Bears as a franchise was and is still relatively an absolute dumpster fire from week 1 to present day but over the last five weeks, Fields has emerged as the most promising quarterback from the 2021 draft.

Since week 7, they have only won one game but that is to no fault of Fields. While the passing yards are not plentiful, his total yards are which is really all that matters. Despite scoring 33, 29, 32, 30, and 24 they have only walked out with one win...

What caused this drastic change? It seems something as simple as the offensive coaches have just catered to his strengths. Fields needs to scramble and play outside of the pocket to be successful, which is why he struggled early on. Luke Getsy the Bears offensive coordinator came from Green Bay (quarterbacks coach) who had pocket dominant Aaron Rodgers. So it is understandable why in Luke and Justin did not mesh well early on.

The numbers simply speak for themself with over 1300 yards and 15 touchdowns in the last 5 games alone. While Fields rushing has been dominant, both aspects of his game compliment each other.

Weeks 1-6 when Fields was not rushing, he struggled passing but now thats entirely changed both aspects of his game opened up. Fields went from 1 rushing TD in six weeks to AT LEAST one rushing TD in the last five. You also can see a drastic change in completion percentage and QB rating which is traced back to the offense catering to his strength and not Aaron Rodgers.

In just the last five weeks, Fields index is up 67.22% which puts him as the #1 growing index in the last month and it is not even close!