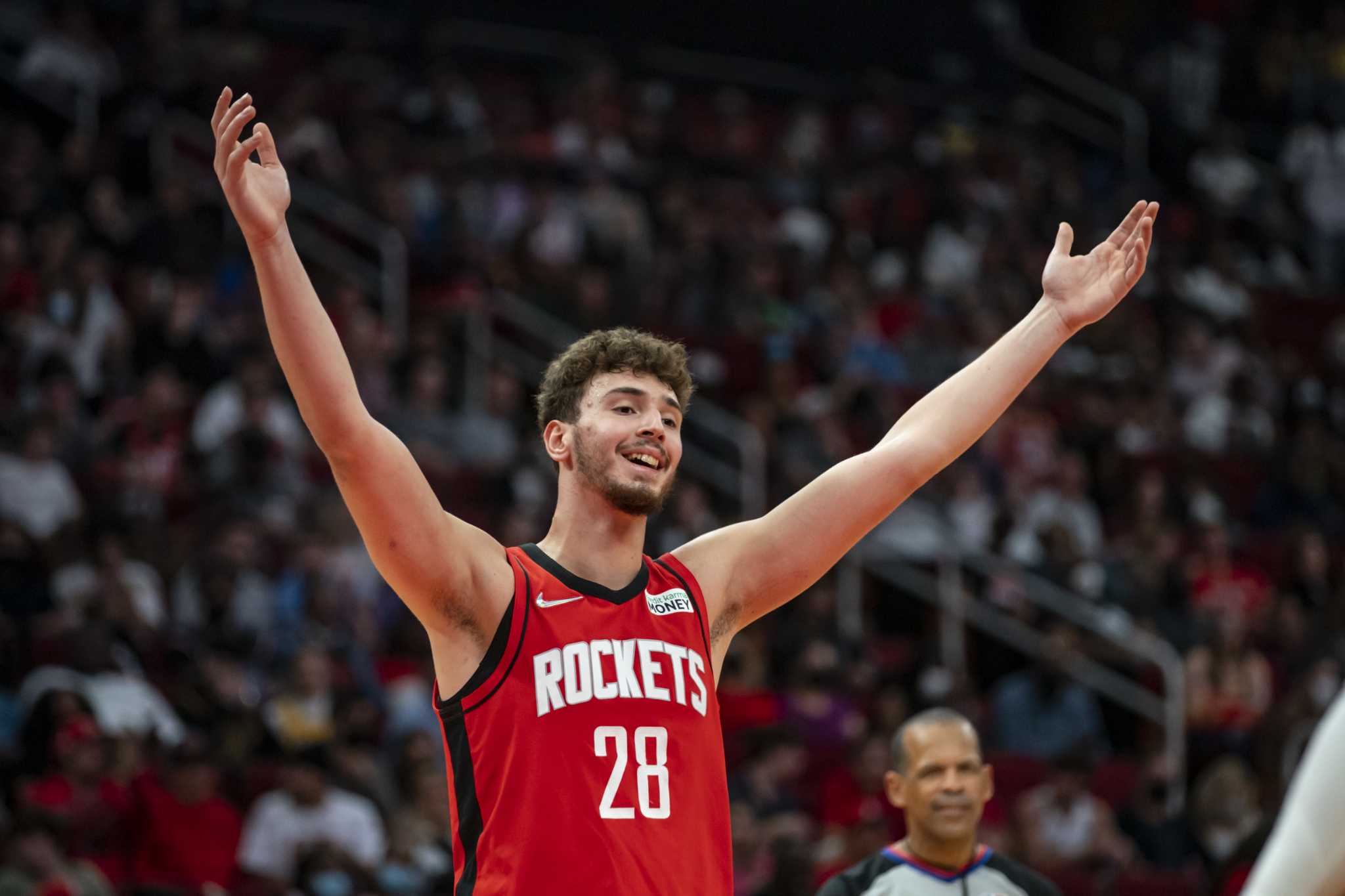 With the NBA season just 10 days away, I have picked 4 players who you should be watching this upcoming season. The first player we will be looking at is the Houston Rockets starting center Alperen Sengun.

Sengun is flying under most peoples radar and or being overlooked when it comes to promising young players. It does not help he is on a team with Jalen Green, Jabari Smith, and Kevin Porter either. The 6'10" Turkish center is maybe not a unicorn but his agility, footwork, and lateral movements are elite for a big man.

The overwhelming majority of young bigs in the league either are hyper athletic with a lack of foot work, post moves, and general fundamentals or are extremely fundamental but lack athleticism. Sengun is also a great ball handler for someone his size. As you can in the highlight video above, his wide array of skills were on display. He might not be hyper athletic in the sense of being able to jump like prime Dwight Howard but he is athletic enough to drive to the rim, run a fast break, chasedown block, and more. All of this is complimented by his soft touch around the rim but he does not shy from contact and often seeks posterizing defenders. Sengun is not a great shooter but he is a threat to shoot, he shot 40% from mid range his rookie season but just 25% from three.

Sengun definitely does not average the most assists for a big man but he might make the flashiest passes for one. Beautiful behind the back and no look passes are what Sengun specializes in, which will end up on Twitter hightlight pages.

Over the last month of the season in an elevated role, he started in 8 of 16 games and averaged 27 minutes. He averaged 12 points, 8 rebounds, and 3 assists with a few outliers both ways. Consistency is something he needs to improve upon but with bizarre anti-passing guard play it can be hard for him at times.

Representing Turkey, Sengun showed great improvement since the last time we saw him in April. He appears to be in much better shape and a refined skill set, averaging 18 points, 9 rebounds, and 3 assists on 63% field goals. Playing along side Jabari Smith, the Rockets have an extremely promising big man duo. Their upcoming seasons are not solely dependent on the gaurd play but good guard play will elevate the bigs play that much more.