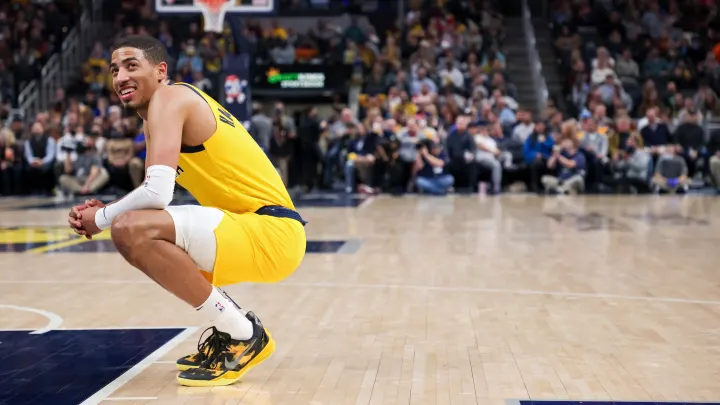 With the NBA season just 10 days away, I have picked 4 players who you should be watching this upcoming season. The fourth installment of this article will be Indiana Pacers franchise point guard Tyrese Haliburton.

The Indiana Pacers are not a good team by any means and please be fully aware of that before going into this. Tyrese Haliburton is just that special and the type of point guard who can score but also looks to pass first. The fact he got traded from the cursed Kings franchise just means he will be that much better.

The Pacers do have some solid young talent outside of Tyrese in Duarte, Buddy, Jalen, Bennedict, and Myles. Unfortunately it seems as Buddy and Myles are headed on their way out for more picks sooner rather than later. Last season playing 51 games with the Kings and 26 Pacers, he averaged 15, 4, and 8.

‌While these numbers might not blow you away, it gets interesting when you see his numbers not being the number two point guard to De'Aaron Fox.

In his second season Tyrese averaged 18 points, 10 assists, 4 rebounds, and 2 steals on 50% field goals and 41% from three. This was all without Myles Turner and playing with a roster that now consists of the 2022-23 backup players.

Tyrese shot an elite percent from three on a high volume 5 attempts, as you can see in the video above his shot is a little funky BUT it goes in. Another thing to love about his game is how he pushes the ball and is not careless in transition with it. At just 22 years old there are only a handful of players who can distribute like he can while also score efficiently.