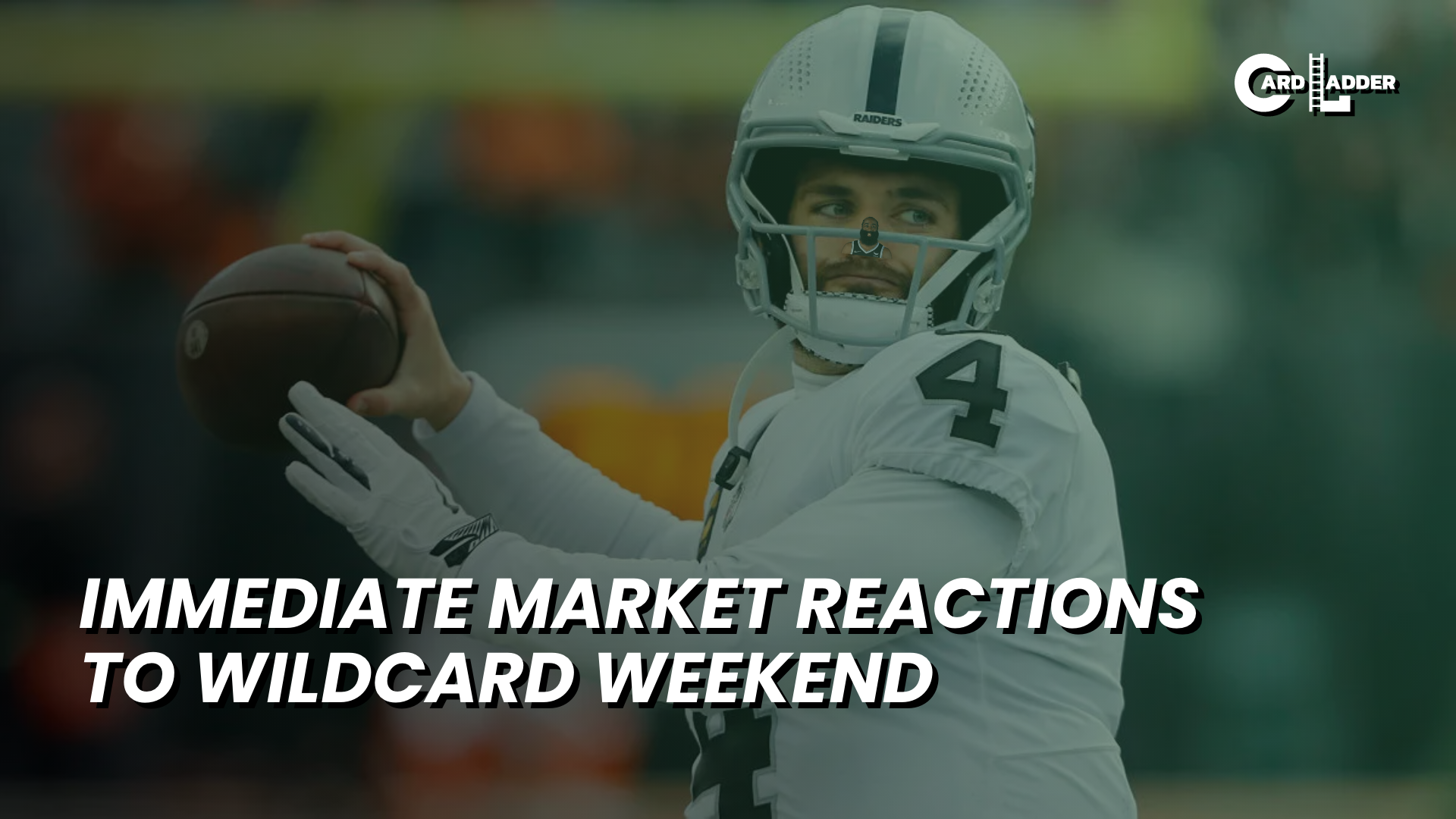 In his first playoff start Carr actually played pretty well considered the circumstances to this Raiders season. Shocking enough despite losing that game, Carr showed enough to investors for his market to increase 2,616 since last weeks loss. Expect this to stagnate or even dip some with off season around the corner for all teams

The unlikely 1-2 punch that was a big reason why the Raiders made the playoffs markets have kind of fizzled out as expected over the last week. Renfrow's is down -26.75% while Jacob's is down just -3%. Both being rookies from the 2019 class and having exceptional starts to their careers. Once football season is back in full swing expect these two to get some more hobby lovin'.

Despite getting a Buffalo beat down last week, Mac's market has risen 2%. A rookie in a playoff game on the road losing is not the end all be all. Especially for a rookie who played the best of his draft class by a mile while many of his sought after cards have not even been released yet. Ultimately the loss was irrelevant as many did not even expect the Patriots to win 8 games. The future is somewhat bright in New England and next year will show us more of what Mac Jones has to offer.

In LCD Soundsystems song Dance Yrself Clean a lyric is;

Every night's a different story
It's a thirty car pile-up with you
Everybody's getting younger
It's the end of an era, it's true

Unfortunately fitting for the end of the hall of fame quarterbacks career which started off breaking Super Bowl records and ended in drought. I hope he is remembered for what he accomplished as he had some incredible seasons. Before the age of 29 he had 3 Super Bowl appearances and 2 victories. The KC beatdown is what we expected and as a result his market on dropped -.50%.