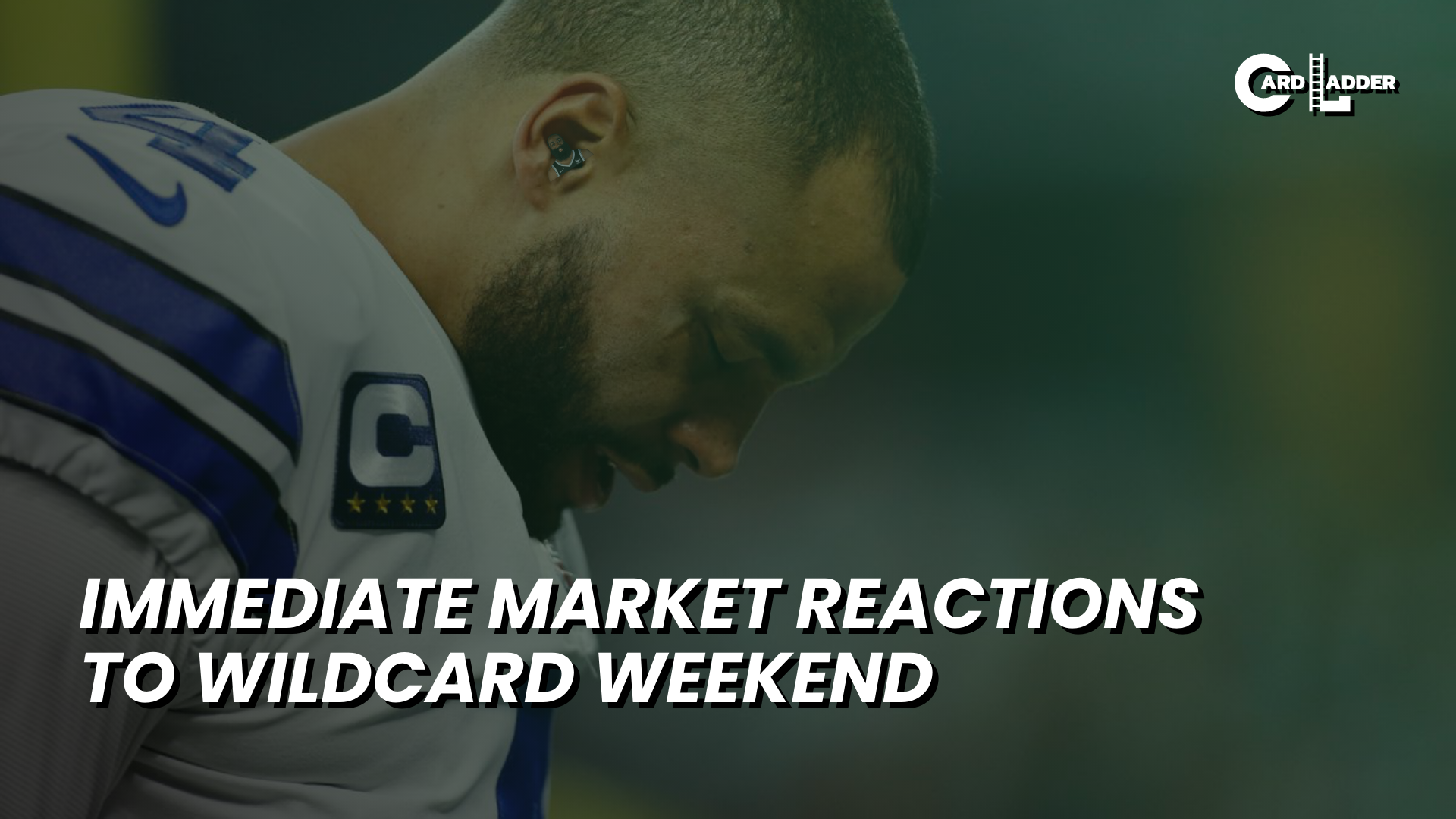 The Cowboys losing would have hurt Cowboy fans...

The Cowboys losing because Dak Prescott thought he was Lamar Jackson hurt that much more. As we all by now know how the Cowboys game ended in a meme worthy and playoff Cowboy like fashion. The Cowboys started out blazing hot but Dak struggled some with a lower body injury throughout the year. Since the playoff loss Dak's market has dipped 5% since the loss which is not that bad considering his play in that game left a lot to be desired. Dak has proven himself as a top 5-10 quarterback in the league which ultimately just will create a hype strorm leading up to next season.

Has the former star running back played his last game in a Cowboys uniform? Tony Pollard was phenomal last season with over 700 yards on just 130 carries. Meanwhile Elliot had just 1,002 yards on 230+ carries all while being paid $18,000,000 compared to Pollard's rookie deal. After 2022 the Cowboys have an out which might be able to give the Cowboys Zeke one last send off before he is released. After his 32 yard perfomance his market has dipped a tad bit over -4%, which is a trend seemingly with these players.

After a perfomance that left many Eagle fans calling for his job, the blowout loss saw a pretty big negative affect on the Hurts market. In the last week his market has seen a -11.94% dip which is double that of all the other quarterbacks we've discussed so far. Despite his playoff struggles at times this season Jalen looked elite with subpar talent around him. While also did have his fair share of struggles it's worth noting that he had a bad offensive line, Ertz was traded, Miles Sanders was injured, and all his receivers were shotty at best.

Before injury Kyler was many peoples favorite to win the MVP as they started the season 8-0 with defenses looking silly trying to tackle people. His playoff debut was pretty horrid but lets look at the bright side of things, that was Stafford's first playoff win in 13 years. Kyler is still just 25 years old and has his entire career ahead of him, to put that in perspective he is the same age as Joe Burrow. Hence why the reaction was not drastic just dropping -1% compared to a guy like Hurts. There is no question who's team this is and who is the future of the Cardinals, the only question is if Kliff Kingsbury's future is safe.