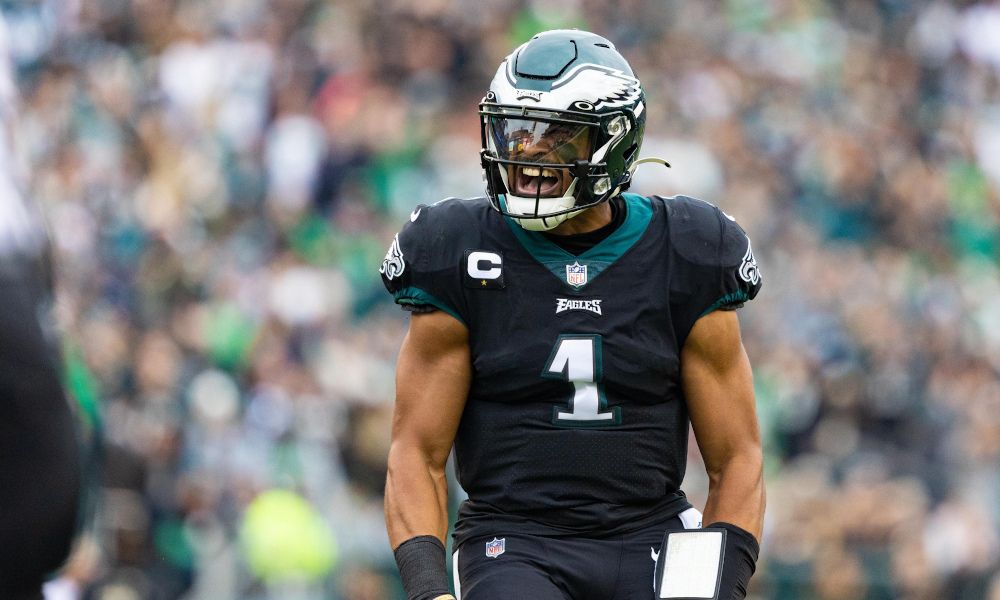 This may come as a shock to some but Jalen Hurts card market is on the rise. While Hurts was often overlooked by many investors for rookie quarterbacks including Herbert, Burrow, Tua, and even Jordan Love.

While his full season statistics do not blow anyone away... He has had great moments and games that you can see in his gamelog. It is still worth noting that he made noticable improvements statistically. All while a big reason of the Eagles short comings had nothing to do with him but rather the media circus around Carson Wentz.

As you can see his game log is much more impressive than his season stats suggest. Weeks; 1, 3, 4, 5, 11, 15, 16, and 17 he showed flashes of being more than a middle of the pack placeholder quarterback. Now with the addition of AJ Brown to Devonte Smith, Dallas Goedert, and hopefully a healthy Miles Sanders.

Hurts market over the last three months is rising and in a noticable manor as well, with 36.67% growth over the last three months. In the last month, it is up 28% which puts him at the #7 spot for positive monthly change in Card Ladder. In a divsion that is relatively in shambles, the Eagles are actually headed in the right direction for the most part. In the NFL, one team has to make the playoffs so as it stands now the Cowboys on paper are the really only competition. Which bodes well for him opposed to Herbert who is in the same division as Mahomes, Wilson, and now Carr with Davante Adams. Ultimately in Hurts third season, it is likely a make or break season as the Eagles will likely look for a new quarterback if Hurts does not work out. Hopefully he plays great and becomes another great young quarterback in the NFL.