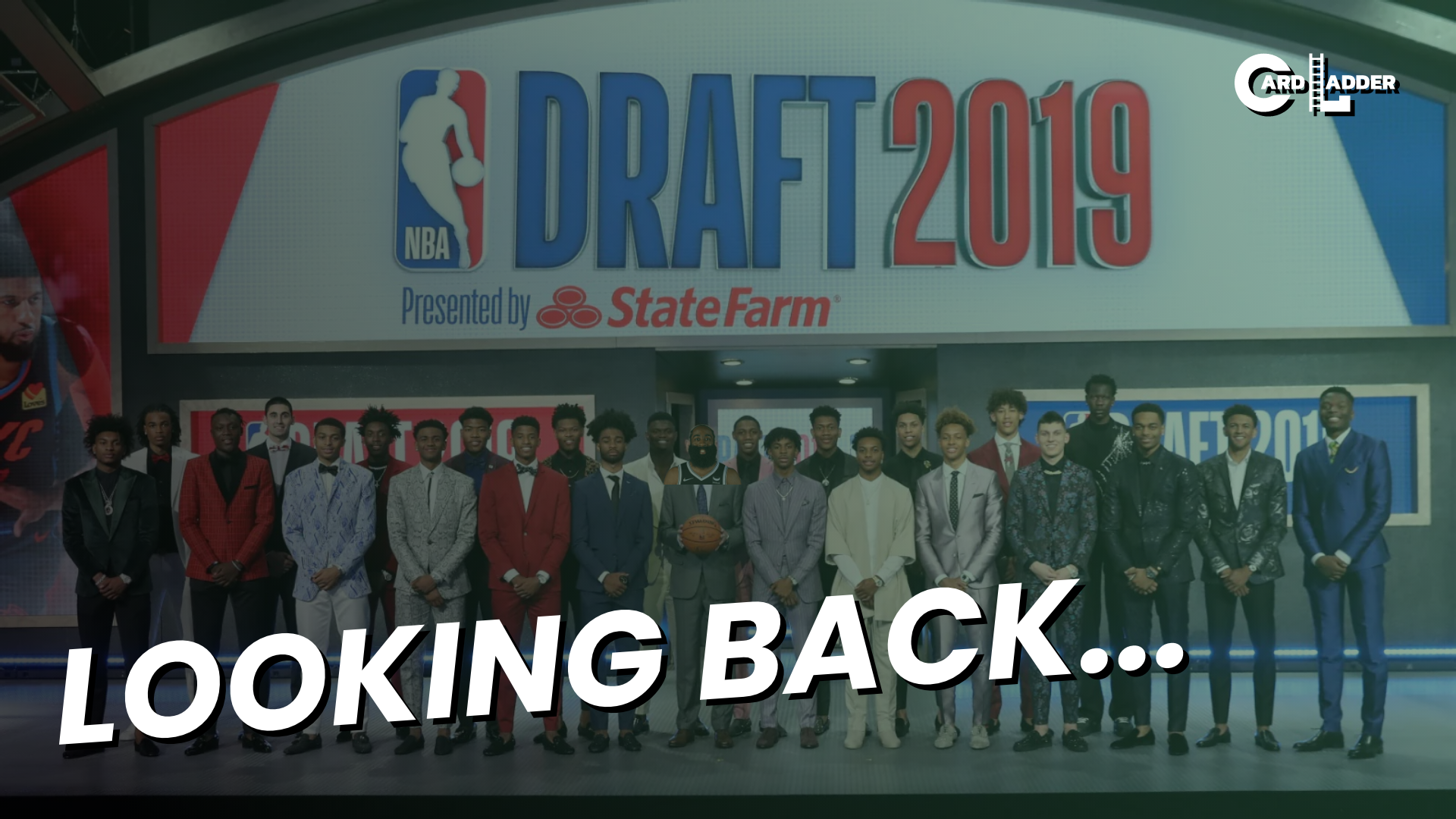 It's hard to believe but the 2019 NBA Draft was already 3 years ago. With so many things changing in the sports card world since 2019, how have the players perfomed in their 3 seasons? In this article we will be taking a look back at the top picks and even players undrafted who have surprised us all.

Zion Williamson has been electric when he's played but unfortunately in 3 seasons he has only played 85 career games. When he has played he's been sensational offensively averaging 27 points on 61% field goals in his second season. The only question is if Zion can stay healthy beecause there is no doubt whether if he can play or not.

After this season I dont think there will be any debate as to who the superstar of the 2019 draft will be. Ja Morant has had a sensational 2021 season averaging 24 points, 6 rebounds, and 7 assists. What seperates Morant from the rest is the winning as a clearcut #1 option on his team. The Grizzlies have been the best team in basketball since November and currently the #4 seed in the west. Morant is also one of if not the most exciting players to watch in the league. A fan favorite as well which is reflected in the all star voting that has him ahead of Doncic.

Barrett has been on fire lately averaging over 29 points in his last three games. While that is a good sign in all fairness he has not improved much since his rookie season. There is zero doubt that he is a good player and will be a starter in this league for a while but him being able to take the next step is the question. Averaging 14, 17. and 16 points per game on 41-44 percent shooting the points per game are solid but the field goal percentage leaves much to be desired. Fellow lefty in Julius Randle might be on the out in New York which would greatly benefit Barrett as they both cannot go right.

Hunter has been sensational on the defensive end of the court and has showed promise offensively but he is always hurt. Since his rookie season he has only played 38 games which is next to nothing considering he was a rookie 3 years ago. If he can stay healthy than he is definitely one of the more promising young 2 way wing players.

Possibly the steal of the draft and already the second best point guard in the eastern conference, Garland has been a revelation this year. The Cavaliers are legitimately good... something I dont think many if anyone expected. Averaging 20 points and 10 assists Garland's improvement is one of if not the biggest reason for the Cavaliers overall imrovement. Garland is a sure thing for this years all-star game in Cleveland.

The odds on favorite to win 6th man of the year at -500 odds, Herro has triumphantly returned this season to his playoff self. Still just 21 years old, Herro is averaging 21 points per game on a loaded Miami Heat roster. One of the more hated/criticized players last season, Herro will always have an uphill battle as he wants to be a star beyond basketball. When a player puts himself out like Herro as rewarding it can be when playing good, it can hurt just as much when playing bad.

The other lottery picks...

Jarret Culver, Coby White, Jaxson Hayes, Rui Hachimura, PJ Washington, and Romeo Langford will be viewed as the other guys from the 2019 Draft. Not to be harsh but quite frankly they have been extremely disappointing in their first 3 seasons. Not only have none lived up to the hype but injuries and off court controversies have plagued these players. While they are still young and can turn things around time is running out as their rookie contract team options are coming up next year.

The 28th overall pick has been nothing short of sensational this season even with his recent struggles. With Klay's return it was obvious that Poole's volume would take a hit but still there is plenty of room to get his. Averaging 17 points this season, Poole has proved his doubters wrong. While the Warriors might have lost the star power in Durant they added depth which they did not have prior. Andrew Wiggins and Jordan Poole are the perfect plug and play players who can contribute in any system. Look for Poole to ultimately replace Klay down the road and or get a big pay day from another team in a few years.

The Spurs forward has been having another great year, averaging 16 points and 6 rebounds. The 29th overall pick has exceeded all expectations and then some proving he is one of the best young wing players in the league. Unfortunately the Spurs are a train wreck with no real direction and or future with Popavich likely retiring in a year or so.

Thought of as one of the more top heavy drafts in recent memory, it has proven to be a very balanced draft. The biggest and last missing piece to the puzzle is Zion as if he can play consistently this draft has a solid core. Zion, Morant, and Garland are 3 notable headlining all stars with players like Herro, Hunter, Dort, Poole, Keldon, etc.