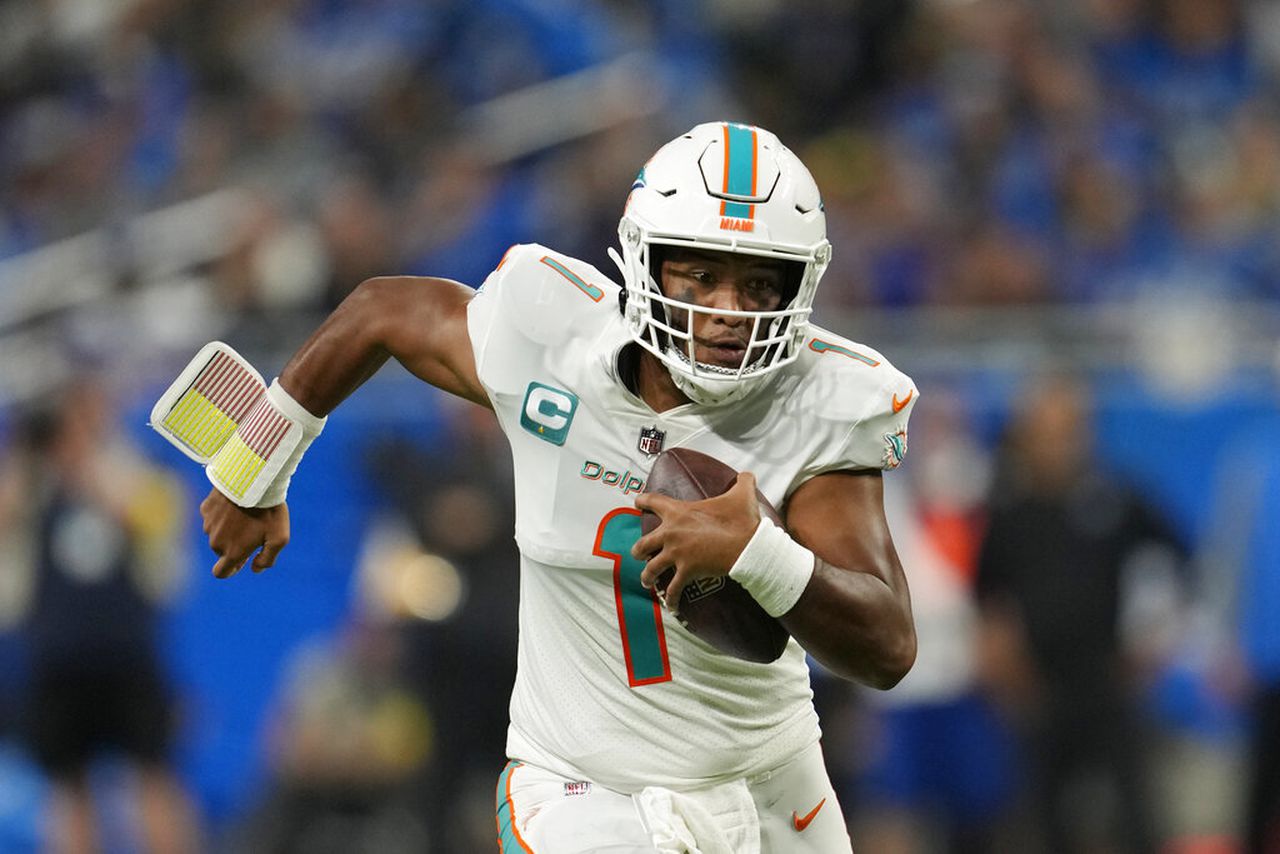 The Dolphins are 5-3 heading into week 9 of the 2022 NFL season, being led by 2020 third overall pick Tua Tagovailoa. The Dolphins have gone all in on this season which can be cited back to their off-season move to acquire All-Pro receiver Tyreek Hill. Now most recently adding likely 2022 All-Pro and former Pro Bowl outside linebacker Bradley Chubb. In addition to Chubb they added 49ers running back Jeff Wilson who will once again be paired with Mike McDaniels.

While the 5-3 record might not be all that impressive, there's a lot more to this record than meets the eye. Tua and the Dolphins have yet to lose a game in which Tua starts and finishes said game!

In week 3 against the Buffalo Bills, Tua suffered a pretty blatant concussion where somehow he was cleared to return. The Dolphins wound up beating the Bills that game which had them sitting pretty at 3-0. The infamous Tua concussion came just 4 days later on Thursday night football where the Dolphins lost to the Bengals. He would be held out the next two games, which Teddy Bridgewater and Skylar Thompson lost to the Jets by 23 and Vikings by 8. Since Tua's return they beat the Steelers and Lions, which provides some evidence maybe its not all Tyreek Hill.

Looking at Tua's stats he has been nothing short of phenomal in every game he has played this season when he was NOT concussed. The Cincinnati game, skews his numbers down but even if you include that, he is still having an elite season.

While the passing yards do not impress, keep in mind he has missed 3 total games and still ranks 18th in that category... 12 passing touchdowns ties him a 7th most in the league with Justin Herbert, ranking third in completion percentage. While ranking #1 in the league in; QBR, passer rating, and yards per attempt. Many would say he is a benefactor of Tyreek Hill but so was Mahomes. Did we hold this against Mahomes? Do we hold Diggs against Allen? It seems Tua is being witheld his due credit because people were possibly afraid to say they were wrong about him.  As we saw without Tua, the Dolphins lost three consecutive games even with Hill having absurd statistical games. In no way am I saying Tua is better or near the level of Mahomes and Allen but Tua just this very off-season 10 weeks ago was the laughing stock the league. Tyreek Hill was mocked and ridiculed for even suggesting Tua had a deep ball and was the most accurate passer he had seen. Clips of underthrown balls at training camp went viral, with even television analysts mocking him. In 10 weeks, Tua has went from people not sure if he's a starting level quarterback to one of the best statistically.

Tua also happens to be the only first round quarterback from the 2020 NFL Draft with a winning record. With all that being said, one would expect his market to reflect fellow 2020 quarterback Jalen Hurts' market but its actually the opposite.

Over the last three months, Tua's market is down -9.88% while Jalen Hurts is up 65.55% in the last month alone. While health concerns, specifically head injuries are a concern for Tua, its no longer a question if he can play. As the season progresses and barring another catastrophic injury, it would be surprising to see his market in a continuous decline. With the additions of Jeff Wilson and Bradley Chubb, it will be safe to assume the Dolphins will have an improved run game and pass rush come week 9 and beyond.