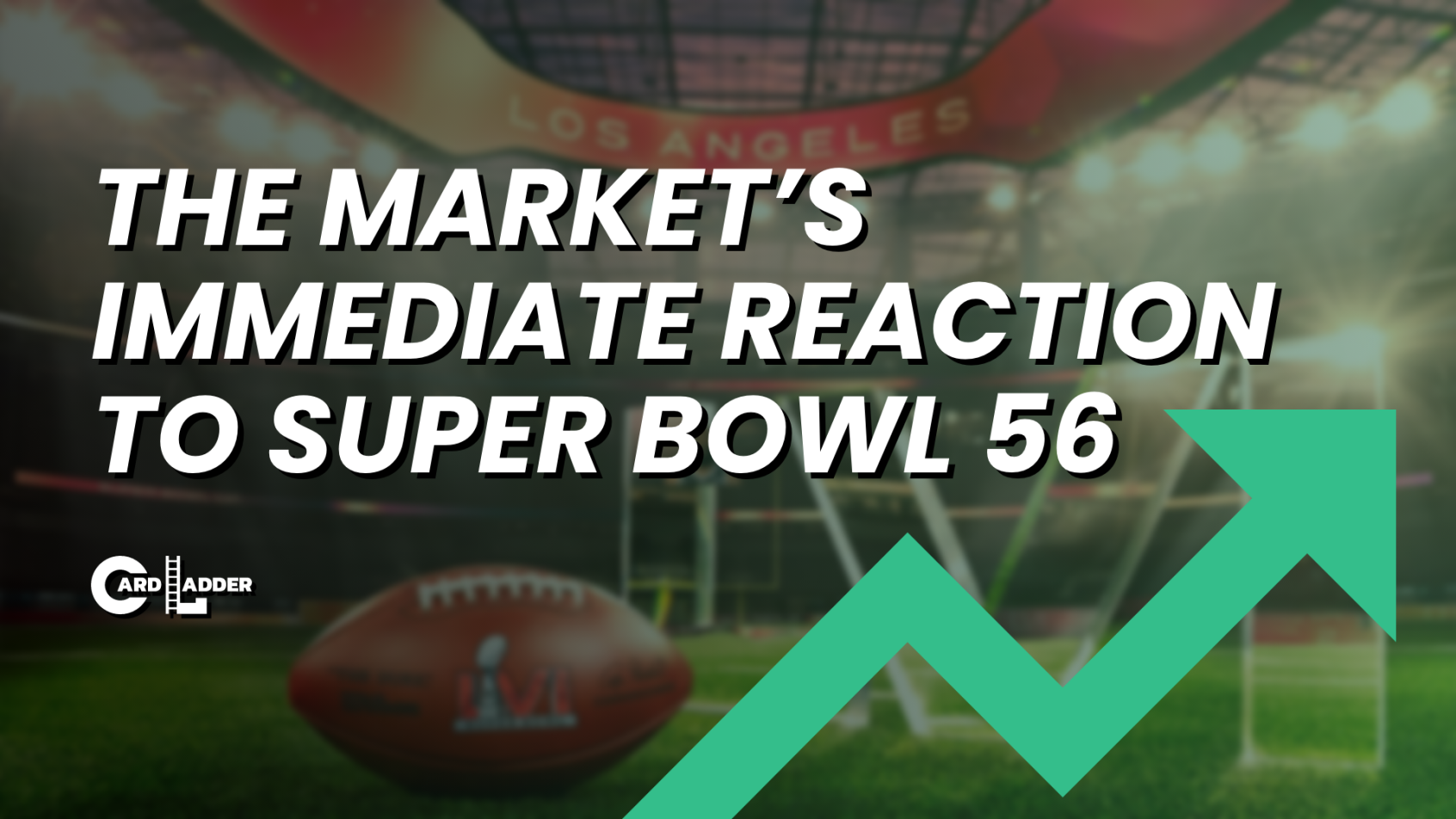 With the Super Bowl just 6 days ago, how has the market reacted to the Bengals losing the Super Bowl and the Rams winning it. We all know many in the hobby wanted Joe Burrow to win with investments totaling in the 7 figures for some while not many had much if anything into Stafford and Kupp. This article will take a look into all the big names markets after the big game!

No longer STATfew PADford and now forever Matthew Stafford after the big win with solid play throughout the playoffs. At 34 years old, winning his first playoff game shows maybe his career was truly wasted on the Lions. Unfortunately the down side in the card market is that people do not want to invest in 34 year olds. The hobby views players over 30 across all sports as old dogs and as the saying goes, you can't teach an old dog new tricks even if thats not true.

Looking at Stafford's market since the Super Bowl it has actually GONE DOWN -6.57%!!! With so many investors clamoring for their investments to win Super Bowls, does it have a positive impact if they win?

In the current market, autographs, patch autos, and rare cards are what is in demand. All of Stafford's autographs in Card Ladder's database are down in the last week... For a player with all time passing statistics and now a Super Bowl which with Brady retiring only a handful of starters now have, you would think Stafford would get more respect.

Seemingly everyone but CBLEZ loves and respects the story of Cooper Kupp. With 0 division 1 offers and the son of a former NFL player. Kupp went to Eastern Washington where his wife worked multiple jobs so he could focus on football. Kupp has come a long way from that to winning the triple crown and Super Bowl MVP with possibly the greatest wide receiver season in history.

Since the Super Bowl, Kupp's market has gone up over 9% which is the opposite of his quarterback which goes against what we typically see. Kupp's dominance has a wide receiver seeing gains while a QB is seeing loses... You very rarily see that in the card market.

Joe Shiesty showed the world once again he has the "it" factor against all odds. Despite his heroic come up and rapid growth seeing over a 120% gain in the last 3 months. Seeing a -15.8% decrease in the last 6 days alone, while we all knew the dip was coming maybe not to this extent. Burrow's market even in a worst case scenario should still be well above what it was before the playoffs started. On the flip side none of the last 16 quarterbacks to make their debut have made it back. Despite that fact, Burrow and Chase being on rookie contracts help the Bengals 10 fold add talent around them.