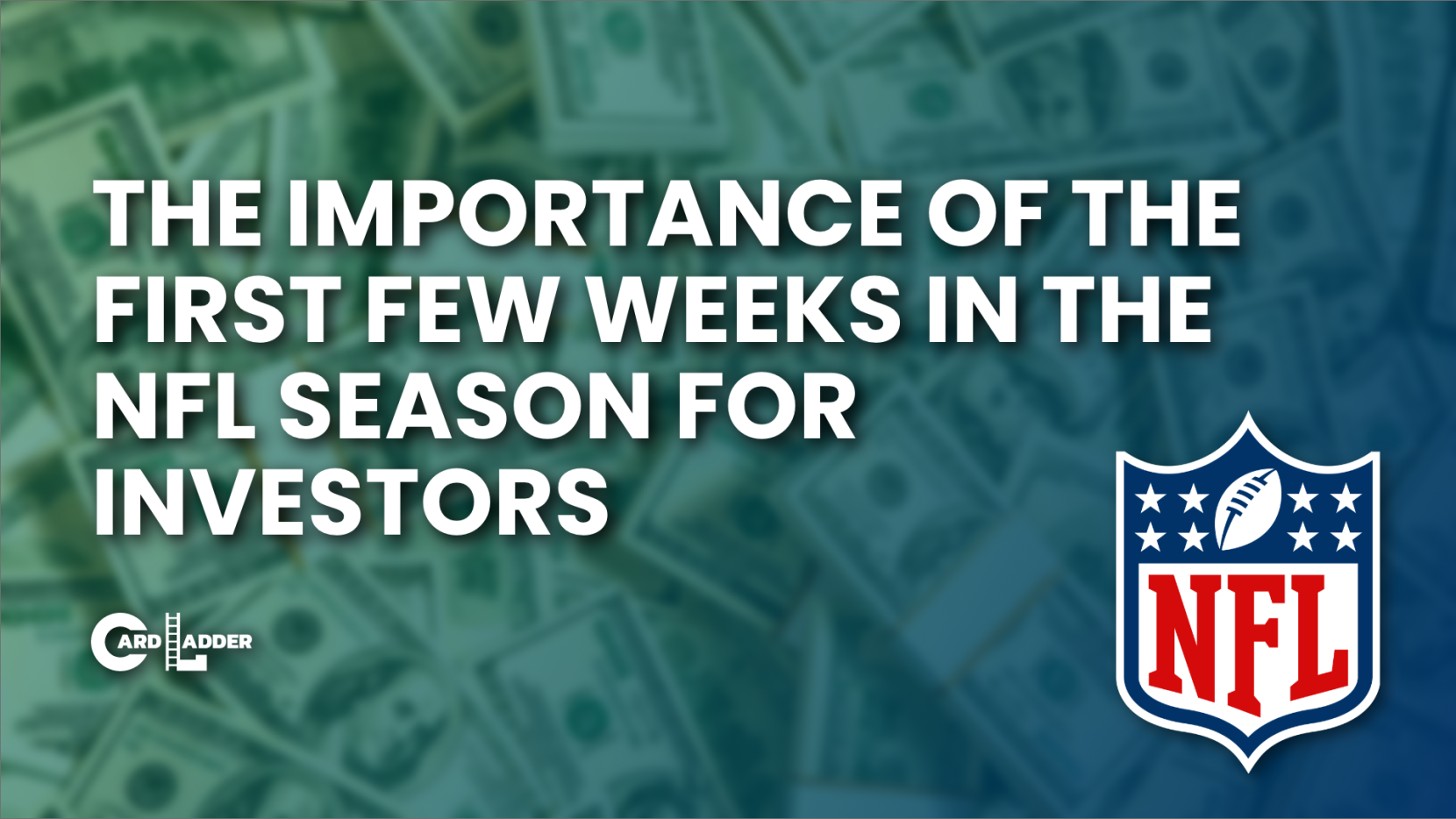 With the NFL season upon us, peoples investments in the hundreds of thousands to even millions will be on full display. With the NFL having such a limited number of games per season (17), it is extremely important for teams to win in the first three weeks. In the NBA with an 82 game season and MLB having 162 games, every year we see teams start off slow but bounce back. The history of the NFL shows us that the first 2 to 3 weeks will dictate your season if you start out slow. With all of the money being spent on young quarterbacks on bad teams, it is extremely important to understand this if you plan on holding into the season. Winning matters above all else in the NFL with stat monsters like Kirk Cousins, Matt Ryan, Phillip Rivers, Drew Brees, and Derek Carr seemingly don’t sell historically well relative to their absurd passing statistics.

I compiled a list of what I personally felt were the most popular and or invested entering this season. I want to emphasize this is not the best quarterbacks in the league as Kirk Cousins, Matt Ryan, and Matthew Stafford are not on this list.

Knowing the historical percentages making the playoffs starting 2-0, 0-2, or 0-3, you can really get a sense of who might be in big trouble and who is not. On the flip side those teams deemed to be in trouble could make noise and see prices skyrocket.

Looking at the chart, Tua is someone who fits this category perfectly. Patriots and Bills both made the playoffs last year with the Ravens just narrowly missing it due to a Lamar injury. That is an extremely tough first 3 weeks of the season for any quarterback let alone unproven Tua. 2-1 start would be extremely impresssive, 3-0 would set the hobby on fire but 0-3 would be devastating.

Trey Lance on the flip side has a relatively easy schedule weeks 1 and 2 facing off versus the Bears and Seahawks. Week 3 could lead to some trouble but the momentum of coming off two easy weeks could give them the edge versus Denver.