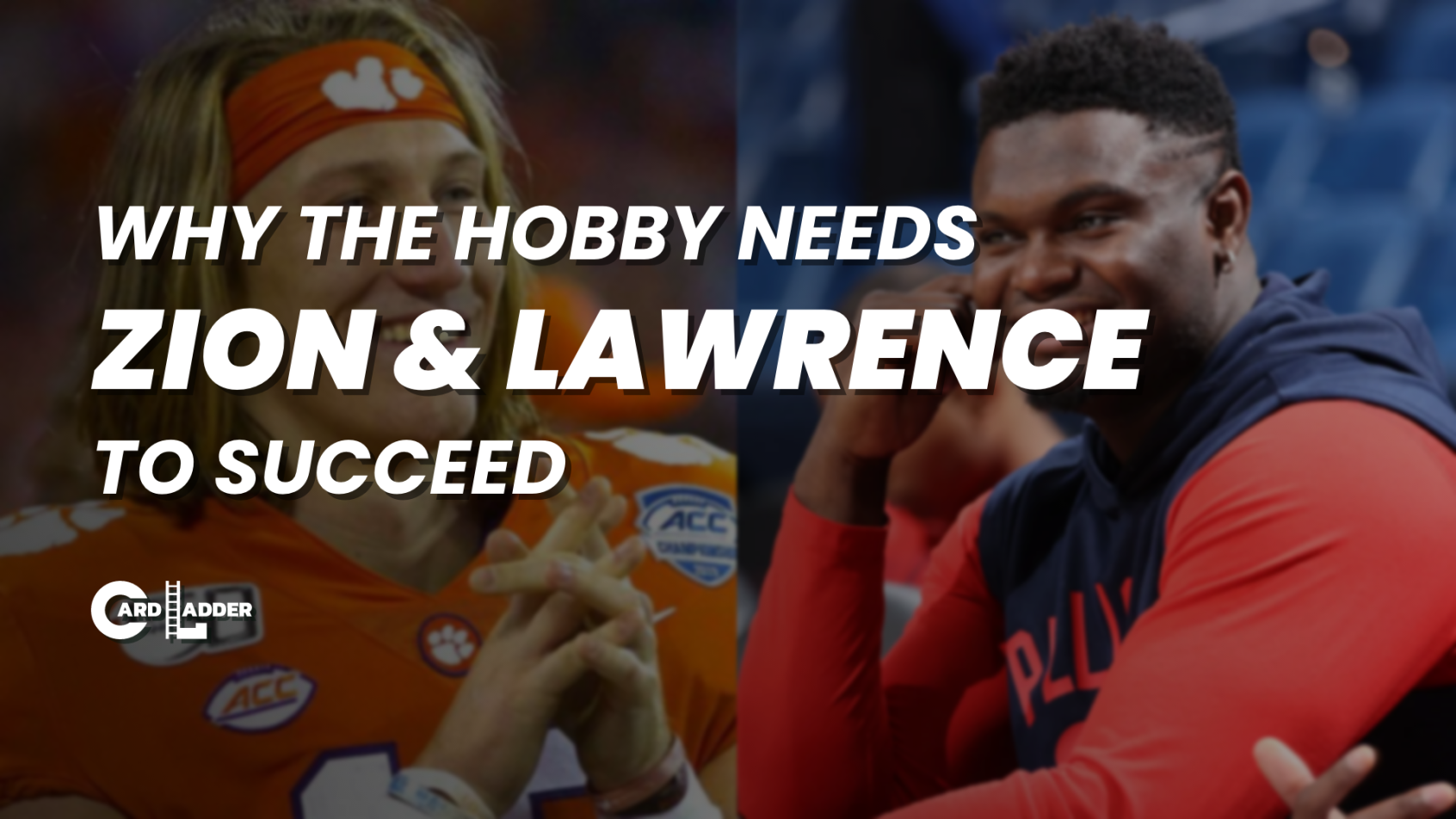 Zion Williamson and Trevor Lawrence were the two biggest prospects in the last decade for their respective sports. While many fans want them to succeed, a pretty large portion of people on the other hand want them to fail. These two college stars' success will not make or break the hobby and the investment aspect as a whole but will leave many with a bad taste in their mouth.

Whether you like the hype around young players or not, there is no denying the impact it has on the hobby. People love to watch sports and people love to gamble, the casino and online gambling sector worldwide was estimated at roughly 265 billion U.S. dollars in 2019. So it can be viewed as a no brainer that sports cards and gambling go hand in hand. In all reality investing in sports cards or anything for that matter is a form of gambling.

With two captivating stars like Zion and Trevor who have been groomed for stardom since high school by just about every sports network, the hype was destined to be there regardless of the current card market. Coincidentally Zion was drafted the summer before the March 2020 boom and Lawrence was drafted in the summer of 2021. Zion’s hype was a big reason many people got back into collecting as he was a superstar since high school.

@Zac_Gallen_PC on Instagram did not collect basketball before Zion. He said, “I’ve only collected baseball my entire life, bought into the hype on a zion. Didn’t understand enough about the basketball market and haven’t really touched it since.”

The biggest prospect since LeBron had former president Barack Obama watching him courtside in college. The boom in March of 2020 only added fuel to the Zion hype fire that continued to grow despite his injuries and shaky play. So much so that after only 30 games in his rookie year people were putting high 6 figure bounties out for his National Treasures Logoman Rookie Auto.

Trevor Lawrence was the biggest college football star arguably since Andrew Luck or Cam Newton. Similar to Luck he was deemed bust-proof and could immediately turn a struggling franchise around. Unfortunately, so far his season has been pretty horrid and the only thing worse has probably been the behavior of former head coach Urban Meyer. Just 10 touchdowns and 17 interceptions in 16 games with a 2-14 record is far from the savior Jacksonville imagined was coming to town.

When two of the biggest prospects in the last 5 years and arguably the decade get off on the wrong foot in their sports it's obviously not a good thing. Which makes it all the worse for sports card collectors and investors who have large sums of money tied up into these players.

Years before going pro we heard about these two names on a national scale, a big part of keeping collectors and investors engaged, intrigued, and motivated to stay in the hobby is if the incoming player pools live up to the hype. The dark year of cards or also known as the 2006... Which featured two of if not the worst drafts for the NBA and NFL in recent memory. Featuring draft featured let down after let down, it makes sense why no one talks about that year. So much so over 15 years later, products from that year are still relatively affordable and an afterthought compared to 2003, 2007, 2008, 2012, etc. Big names make products and years in cards memorable! If LeBron was a bust would we view 2003 Exquisite in the same light we do today? Probably not which shows why it's so important for these generational can't miss prospects to succeed. Whether that's a fair amount of pressure to put on an 18-year-old… well that's another discussion for another day.